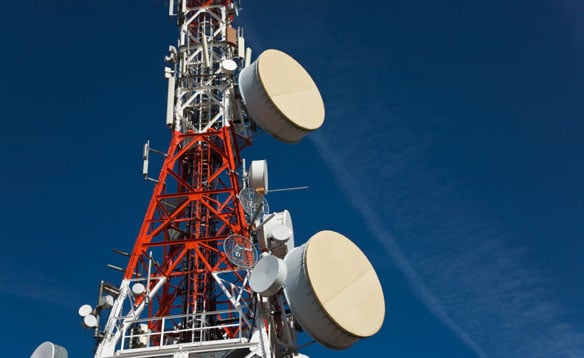 In the second one, with the invention of electricity the industry, vertical which gained was the manufacturing sector. The third revolution which was powered by PC’s and computers gave birth to a new industry vertical called the IT sector. The big question is, can the telecom sector become the biggest gainer with 5G at the centre of 4th Industrial Revolution?

Before we get to the question of who will benefit, let’s look at why such a large-scale mechanization and robotization of the world will happen? Let’s look at some startling facts published by the United Nations.

If this is to be believed, by 2050 over 40 large countries will have major population decline, 21% of world population will be above 60 years of age and a massive urbanization is on cards (leaving the food producing rural area devoid of manpower), we have literally no choice, but to deploy robots at a large scale and look for mechanization of the world.

Whether we like it or not, this is bound to happen and 5G will drive this trend in a big way.

How will it impact the operators?
If we compare the enterprise value (share price for lack of better word) of e-commerce players or digital service providers like Uber and Ola or the content players like Netflix and Amazon prime with that of the telecom players—both operators and vendors—we feel cheated.

Operators have invested at least 10-15 times more capex, have EBIDTA in ~ 40% range but the valuation has more or less been stagnant for the last 5-7 years.

The reason is simple: market looks at the potential for growth and telecom market is at 100%+ voice and around 70% data penetration.

This is when we use human population of ~ 7 billion people as the denominator. With large scale robotization and mechanization we will flip the denominator to 100 billion machines, which will be the reality in next few decades. Now, the penetration has a huge growth potential. Imagine what it can do to the enterprise value of the telecom players.

Can operators exploit this opportunity?
Having spent 30 years of my career as an operator (I recently switched to Nokia), I can authentically say that, we as operators have mastered the art of creating brilliant networks and as vendors (now in my new role), we have enabled it equally well.

It badly hurts to see that it’s always others who have stolen the show in monetizing such brilliant network. We spend billions of dollars on spectrum, creating a seamless 3G network and the OTT players made money, we repeated it again with excellent 4G networks with capability to deliver 4K streaming video’s and guess what—it’s the content players who are stealing the show.

So much is the desperation that the big telecom operators are either acquiring the content or the e-commerce players or they are entering the telcom space (Time Warner acquisition of AT& T or Rakuten launch in Japan).

We can blame uneven playing field, net neutrality and unfair regulations as reasons for our failure to monetise, but the bottom line is, we have been reduced to a connectivity player and it hurts.

The big question
Learning from the past, let us ask ourselves: are we ready to monetise 5G before we launch it or we want to spend billions of dollars on spectrum and putting up thousands of base stations again, and give such an amazing network and technology to others to monetize on a platter?

Have we ever wondered why is Azure able to throw up a customized virtual network as per your requirements within seconds based on just three inputs of compute, TPS and storage required? Why is Netflix able to start every movie / show from where you left last time for its billions of users or Uber/OLA/Amazon are all able to run such an intense service business without call centres, while we as operators cannot even think of these things despite the fact that we run at least 1,000 times more complex networks than these new age providers!

Two things fundamentally change with 5G—first and foremost is capability to create customised network for different services (network slicing) and with that the possibility to charge differentially based on services offered (today the same network is used for email / browsing and 4K streaming video and is therefore charged at the same rate) for different network capabilities and second just like the tower assets closure to the customers , we will have an distributed cloud asset which will be critical for anyone who intends to monetise the 5G network.

This possibility also throws up another value creation possibility of creating Distributed Cloud Infra Co ., in line with the Tower Co., which, a lot of operators have already done.

We, as vendors, are equally to blame—too busy selling the technology (virtualization, containerization, mobile edge cloud, cRAN and what not?) without partnering with the operators to help monetize. As part of Nokia Software, I realised that as vendors, apart from selling the latest radio, it’s important for us to partner with operators in the following five areas to help create a platform which will help monetize 5G’s true potential of being a B2B2X technology.

The time to act is now to be ready on time to capitalise the full potential of 5G. Let’s create a 24/36 month Blueprint and start working on it right away.

— The author is former CTO, Bharti Airtel and currently is the CTO, Global Sales, Nokia Software.

Posted by: VoicenData Bureau
View more posts
Tags:Abhay Savargaonkar, Bharti Airtel
Together, we can monetize! 0 out of 5 based on 0 ratings. 0 user reviews.
From local to global
Let’s be makers again!