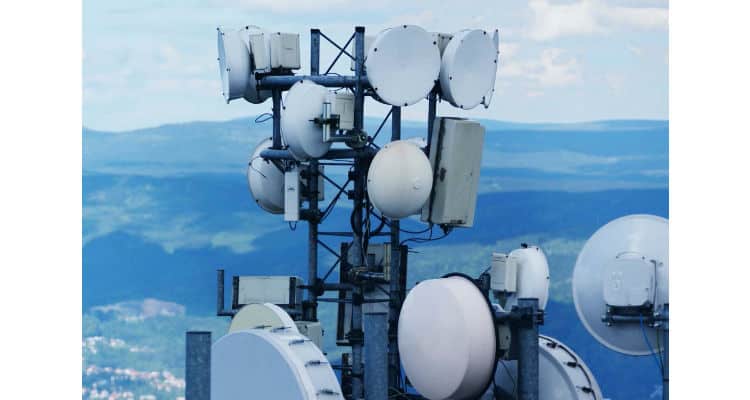 The Indian Government is aggressively pursuing the Right of Way (Row) rules that is expected to streamline the Telecom Infrastructure business in the country. The RoW is a critical element in the Telecom space and to demystify, RoW is nothing but it gives a guideline to Telecom companies to lay up its infrastructure elements like – towers, optical fiber cables on a designated route. The individual State’s alignment to RoW is critical to jumpstarting India’s digital revolution and the Government’s intention to provide 50Mbps broadband Internet connectivity to all the Indian citizens in Urban areas by 2022, and a 10Gbps Internet connectivity to rural Indians by the same period. These ambitious targets will not be possible without the State’s alignment RoW rules.

Quips Rajan Mathews, DG, COAI, “Discussions around telecom infrastructure and distribution of Digital services are incomplete, without the mention of RoW policy. The Department of Telecommunications is vigorously focusing on the ‘Right of Way Policy’ at the State level, to keep pace with the perennially shifting demands of the dynamic telecom ecosystem. Eleven States and the Ministry of Defence have already adopted the Right of Way (RoW) Rule 2016 and many other states are following suit. States like Haryana, Rajasthan, Uttar Pradesh, Assam & Odisha have taken the initiative for issuing the directives to all their State departments regarding down the line implementation of respective State notified policies.”

COAI also feels that to increase adoption of the new and advanced form of communication technologies and to implement the targets of the National Digital Communications Policy (NDCP), there is a need for Centre and States to give RoW permissions for towers and OFC in a more supportive and timely manner for enhanced infrastructure and connectivity. Moreover, the RoW guidelines were cleared by the government, which will fast-forward India into the digital world by ensuring the rollout of optical fibre cables and over-ground telecom infrastructure, ensuring the success of Digital India Mission.

Industry sources say that in November 2018 Central Government has issued a notification by which levy of service tax on the services by way of granting “Right of Way” provided during the period from July 01, 2012 to June 30, 2017, by local authorities has been exempted from the retrospective effect. This is significant because for laying of the optical fibre, TSPs need permission from the local authorities i.e Municipal Committees, Gram Panchayats etc. These bodies charge certain fees by way of raising demand note as per the agreed/approved rates, for granting the RoW.

However, no service tax was being discharged by these local bodies. DGGSTI from MoF initiated investigations against a few municipal corporations across States and started raising the demand of service tax with interest and penalty on such charges. Local bodies/municipal corporations passed such liability on the TSPs and instructed them to pay the same along with interest and penalty for the entire period. The input tax credit of the same was also not available. The Central Government has directed that the service tax payable during the period from July 01, 2012 to June 30, 2017, on the amount charged by the local authorities for granting permission of “right of way” shall not be required to be paid.

Clearly, time is now to speed up Telecom infrastructure and for that, the RoW rules and guidelines need to be followed to the letter by the State Government. The Government’s urgency in expediting RoW is a right step in hastening digital India. 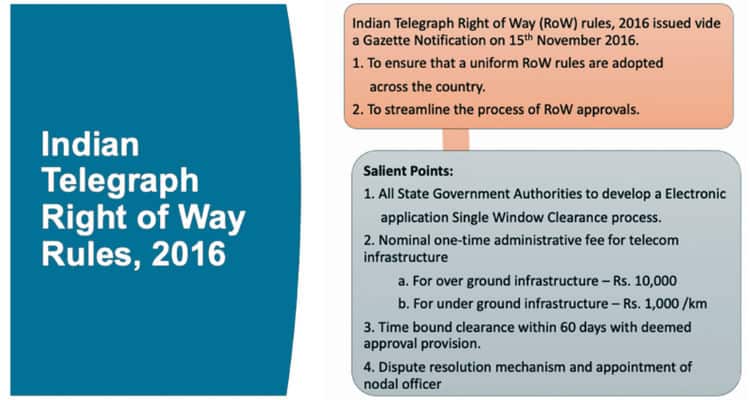 According to data available, India right now has 500K telecom towers and as per TAIPA we are short of 100K given the current demand, and by 2020 India needs about 1.2 million towers to jumpstart a pan India digital revolution and also address a range of Quality of Services (QoS) issues and performance uptimes. Moreover, the availability of robust telecom infrastructure is necessary to facilitate emerging technologies like 5G, IoT and meet the objectives of NDCP 2018. 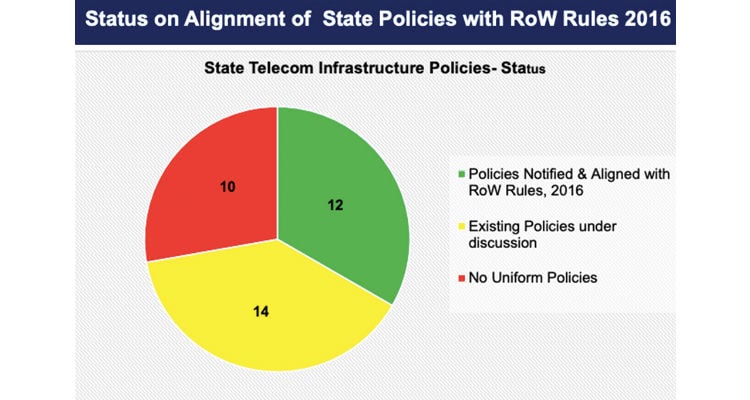 According to TAIPA, “The year 2018 witnessed the notification of NDCP 2018 which is an overarching forward-looking and reformative comprehensive policy to transform India into a digital society by for enabling futuristic technologies such as expansion of 4G, 5G, fiberstation, cloud computing, the blockchain, M2M, IoT, AI, and VR etc. For infrastructure Providers, the policy included numerous provisions such as Enhancing scope of IP-1s, fibrisation of 75-80 percent towers to extend world-class high-speed internet connectivity, an extension of incentives and exemptions for the construction of telecom towers, safety and security of telecom towers and setting up National Fibre Authority etc.”

Reflecting on this Tilak Raj Dua, DG, TAIPA says, “In the year, there were significant developments on the implementation of Right of Way rules, 2016 at the state level, in totality 12 states and UTs aligned their policies with that of the central government, policies in 14 states are still under discussion while there are no uniform policies across 10 states and UTs. It is worth highlighting that DoT extensively supported the industry by proactively writing and organizing a seminar with states for the implementation of the said rules.” 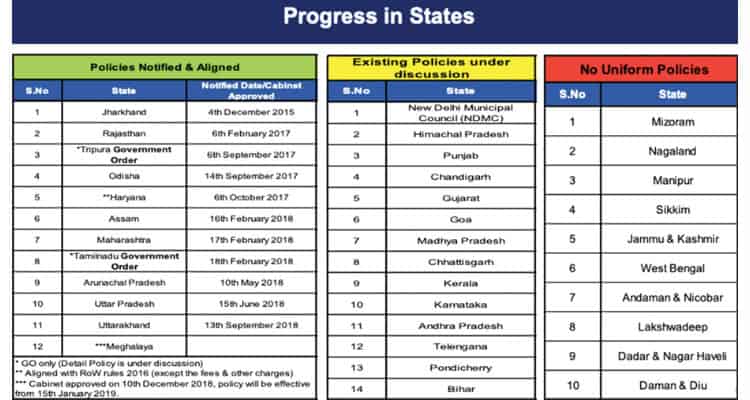 One of the best practices in developing Telecom infrastructure is the Common Duct ‘Dig Once Policy. In a ‘Common Duct’ approach, a common OFC will be laid and it will facilitate a range of services like Internet, Electricity and Cable TV et al. This will have bigger ramifications in terms of each company laying its own duct and enables sharing of infrastructure and greatly simplify to meet RoW guidelines.

According to TAIPA sources, “The future cities will be built on ready fiber network for enabling ubiquitous and seamless connectivity. The common duct will play an important role in laying of fiber and can be used by IP-I, TSPs, cable operators, ISPs, and public utilities. Moreover by virtue ‘Dig-Once policy’ a ‘Common Duct’ laid and that will enable IP-I/ TSPs/ISPs/Cable-Operators/Other stakeholders to lay fiber easily for providing the broadband/cable services.

At the end of the day, India today is at a key inflection point when it comes to Telecom. As we prepare of next-gen futuristic technologies like 5G and countrywide high-speed broadband Internet, it is imperative the central Telecom policies are synchronized at the state level so that issues can be ironed out. Moreover, with the current paucity of Tower Infrastructure and financial pressures the Telecom operators are undergoing can be eased only if they see more data monetization and improving substantially on the Quality of Service(QoS). On the one hand, we speak about 5G but have issues like ‘Call Drops;- this does not augur well for the customer nor our preparedness in adopting newer Telecom tech. With a real path-breaking NDCP 2018, industry watchers firmly believe that Telecom infrastructure is in for a radical change in the days ahead. 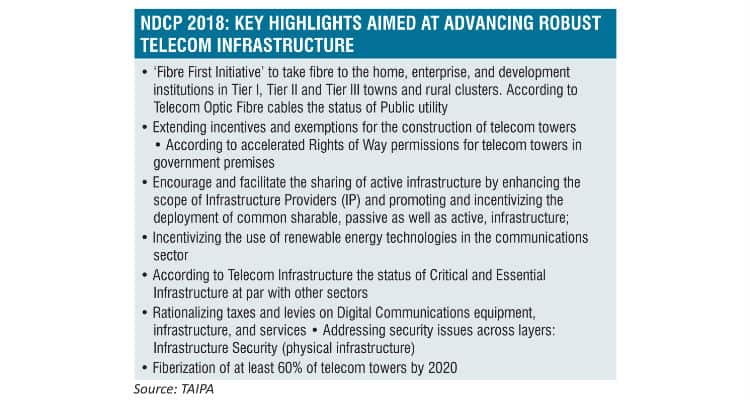 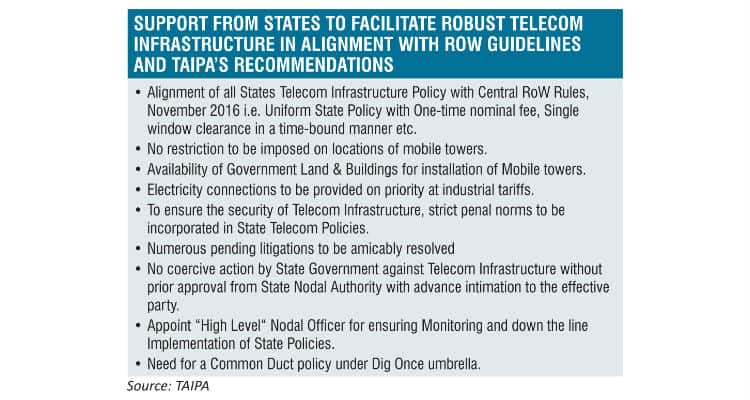