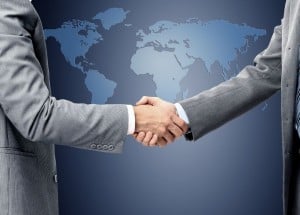 NEW DELHI: Finnish telecom gear maker Nokia has agreed to buy Alcatel-Lucent in an all-stock deal valued at 15.6 billion euros ($16.6 billion) and the transaction is likely to be closed in the first half of 2016.

With this, the two companies have entered into a memorandum of understanding under which Nokia will make an offer for all of the equity securities issued by Alcatel-Lucent, through a public exchange offer in France and in the United States, on the basis of 0.55 of a new Nokia share for every Alcatel-Lucent share.

“Together, Alcatel-Lucent and Nokia intend to lead in next-generation network technology and services, with the scope to create seamless connectivity for people and things wherever they are,” said Rajeev Suri, President and Chief Executive Officer of Nokia.

“Our innovation capability will be extraordinary, bringing together the R&D engine of Nokia with that of Alcatel-Lucent and its iconic Bell Labs. We will continue to combine this strength with the highly efficient, lean operations needed to compete on a global scale,” he said.

“We have hugely complementary technologies and the comprehensive portfolio necessary to enable the internet of things and transition to the cloud. We will have a strong presence in every part of the world, including leading positions in the United States and China,” Suri further said.

The proposed transaction is subject to approval by Nokia’s shareholders, completion of relevant works council consultations, receipt of regulatory approvals and other customary conditions.

The combined company will have unparalleled innovation capabilities, with Alcatel-Lucent’s Bell Labs and Nokia’s FutureWorks, as well as Nokia Technologies, which will stay as a separate entity with a clear focus on licensing and the incubation of new technologies.

“With more than 40 000 R&D employees and spend of EUR 4.7 billion in R&D in 2014, the combined company will be in a position to accelerate development of future technologies including 5G, IP and software-defined networking, cloud, analytics as well as sensors and imaging,” Nokia said in a statement.

“Alcatel-Lucent and Nokia have highly complementary portfolios and geographies, with particular strength in the United States, China, Europe and Asia-Pacific. They will also bring together the best of fixed and mobile broadband, IP routing, core networks, cloud applications and services. This combination is expected to create access to an expanded addressable market with improved long term growth opportunities,” the statement said.

Michel Combes, Chief Executive Officer of Alcatel-Lucent, added: “A combination of Nokia and Alcatel-Lucent will offer a unique opportunity to create a European champion and global leader in ultra-broadband, IP networking and cloud applications. I am proud that the joined forces of Nokia and Alcatel-Lucent are ready to accelerate our strategic vision, giving us the financial strength and critical scale needed to achieve our transformation and invest in and develop the next generation of network technology.

“This transaction comes at the right time to strengthen the European technology industry. We believe our customers will benefit from our improved innovation capability and incomparable R&D engine under the Bell Labs brand. The global scale and footprint of the new company will reinforce its presence in the United States and China,” he said.

“The new company will also provide our employees exciting opportunities to be part of a global leader.” said Combes.

Posted by: VoicenData Bureau
View more posts
Tags:Alcatel-Lucent, Nokia
Nokia‬ to seal EUR 15.6 billion deal with Alcatel-Lucent‬ 0 out of 5 based on 0 ratings. 0 user reviews.
Vodafone to pump in Rs 480 crore to upgrade 3G network in UP
Nokia moves to bridge the gap with Ericsson, Huawei