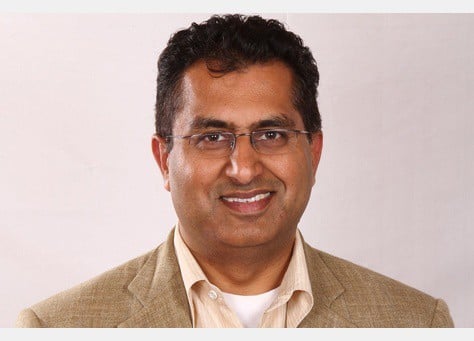 With just a few days to go for Voice&Data’s “India 5G Evolution—For a Really Smart World” conference, Manish Vyas, President of Communications, Media & Entertainment Business, and the CEO of Network Services at Tech Mahindra, talks about the future of 5G and the transformation it will bring to the world.

Voice&Data: What are your offerings for Indian Telcos as they plan to deploy and start test-beds for 5G deployment?

Manish Vyas: Our offerings for Indian Telcos will to a large extent mirror what we are doing with a number of CSPs worldwide whom are more advanced in the 5G journey and have more mature 5G development plans. We are offering network platforms along with our strategic partners and offering full network lifecycle services ranging from consulting to network design, realization, and migration and managed services.

Voice&Data: How ready and steady is the 5G technology – for networks as well as for devices and handsets?

Manish Vyas: The Third Generation Partnership Project, the standards body that writes the rules for wireless connectivity, agreed in December 2017 on the first specification for 5G. The Non-Standalone Specification of 5G New Radio standard covers 600 and 700 MHz bands and the 50 GHz millimeter-wave end of the spectrum. That agreement paved the way for hardware makers to start developing handsets with 5G modems inside.

Voice&Data: Is moving to 5G going to be a big ticket investment for the telcos?

Manish Vyas: Over time, 5G will require Telcos to transform every aspect of their business. From RAN to Core, from capacity planning, to telco cloud locations (edge CO vs. hyper-scale data centers), from traffic migration, to overall network governance, from transformed OSS/ BSS systems to support new digital products, IoT or the CSPs entry into adjacent markets, or even new monetization models, Robotic Process Automation and lastly customer experience driven customer care. Every aspect of CSP business will be transformed.

Voice&Data: What new revenue streams and additional ARPUs do you think 5G will create for telcos?

Voice&Data: Which according to you will be sectors/verticals that will be the early adopters of 5G based solutions from telcos?

Voice&Data: By when do you hope to see the commercial roll-out of 5G in India?

Manish Vyas: Given the current level of disruption in the Indian Telecom market, it’s difficult to prescribe a time frame for the adoption of 5G. While Telecom regulator TRAI kick-started the process of a mega spectrum auction to push 5G technology, including a discounted re-bidding for airwaves in the 700 MHz band after witnessing zero sales in the previous sale process. Mergers and consolidations within the sector and the financial health of operators are negative factors for the fast rollout of 5G technologies in India.

However, the Jio effect has also resulted in massive uptake in data consumption patterns among a vast number of consumers whom previously did not even have access to mobile internet. Forcing other service providers to increase by a massive amount the amount of data quotas that they provide, while reducing the amount that they charge for the data. We believe that with the increased consumption across user segments, operators in India would be forced to look at 5G networks sooner than later, to bend the cost curve for carrying data on their networks.

Posted by: Gyanendra Rashali
View more posts
Tags:5G, 5G India 5G Evolution, Interview
“Network Slicing Requires New Automation” 0 out of 5 based on 0 ratings. 0 user reviews.
Europe based Synerise AI & Automation,forays into the Indian Cloud Space
Affordable broadband plans up to and under the speed of 50 MBPS to look out for!