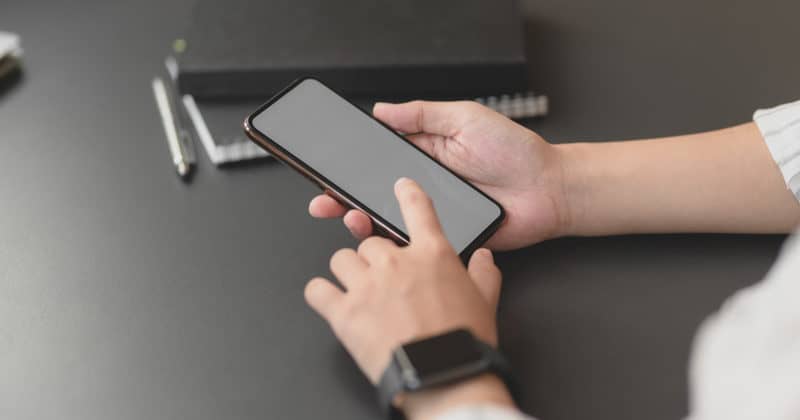 A recent study of over 30,000 handsets by Onsitego brings out a list of common smartphone problems and the average repair cost.

The damage of screens is the most common problem that smartphones suffer. According to a recent report by Onsitego, the company which provides repair services for electronic devices, a smartphone often gets damaged well before it becomes obsolete, and in 71% of cases, the damaged screen is the primary cause of the problem. 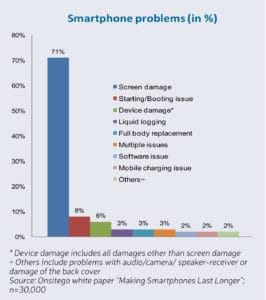 This is followed by the booting or starting issue that accounts for nearly 8% of the reported cases, complete device damage (6%), and damage due to liquid (3%). Other issues included battery damage, software issue, charging malfunction, and camera malfunction. The white paper ‘Making Smartphones Last Longer’ is based on the study of 30,000 smartphone failures over a one year period by the company.

The paper also highlights that there is a need to educate consumers on how they can take better care of their devices. “A smartphone may become slow when apps updated to the latest API version become slow and processor-heavy. When this begins to happen, a phone cannot meet the demands of new apps and becomes challenging to use, which in turn slows down the device,” it states.

In cases with booting problems, it was found that installing a lot of third-party apps that were not cross-compatible with other apps and/or with the OS of the phone resulted in frequent crashes in most of the devices. “Such devices have overheated motherboards and repeatedly shut down. The motherboard had to be repaired or replaced in 94% of such cases, while there was a need for repairing the screen in 55% of the instances. In 19% cases the back cover, and in 15% of the cases the battery also required repair.”

The whitepaper also pointed out that was also common for phones to suffer damage from liquids. Though many phones claim they are water-resistant, the majority of them are not. While some are only splash-resistant, only a few are waterproof. “The average cost of repairing a phone that suffers liquid damage is Rs 9,700 and the motherboard and screen need repair or replacement in 69% of the cases. In 14% of the cases, the device required full-body replacement, depending on the damage. Also, in 12% of the cases, the battery was changed, while 11% of such cases needed replacement of the back cover.”

Posted by: Shubhendu Parth
View more posts
Tags:Mobile, Smartphone
The life and travails of a smartphone 0 out of 5 based on 0 ratings. 0 user reviews.
Working smart amidst COVID pandemic
Impressed with its mass consumer reach, Silver Lake invests Rs 5,655.75 crore in Jio Platforms

While India needs to amend telecom-sector policies, it also needs to shift the focus of…

TSDSI has brought India on the standards map of the world, with the potential of…