In 1995 India achieved what only two Asian countries, Japan and Hong Kong, had achieved till then – the launch of full-scale commercial internet service. 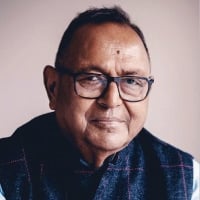 It was a great honour for me to take over at the helm of VSNL as it placed me at the centre of Indian telecommunication, and telecommunication, more than perhaps anything else, has contributed to humanity’s progress over the last two centuries. If man’s ability to harness the power of steam flagged off the Industrial Revolution, it was telecommunication that vastly quickened human response to events – from personal to global, connected the world, and powered more efficient trade and industry. Yes, it made warfare too more efficient, but it would also have prevented many wars by making diplomatic exchanges and negotiations much faster and easier.

VSNL itself was the culmination of 150 years of human endeavour and ingenuity.

In May 1837, Englishmen William Fothergill Cooke and Charles Wheatstone patented their electric telegraphy system, and overland telegraphy quickly became popular. In the 1850s, Constantinople (now Istanbul) in Turkey became the nodal point linking Europe with England. In March 1855, when Russian czar Nicholas I passed away in St Petersburg, the news was announced in the House of Lords in London just a few hours later. Only thirty-four years earlier, in 1821, it had taken two months for the news of Napoleon’s death on the island of St Helena to reach London.

The East India Company official William O’Shaughnessey pioneered telegraphy in India. In 1851, the first line – 33 miles long – began operations between Calcutta, the capital of the Raj, and Diamond Harbour. O’Shaughnessey managed to enthuse Governor-General Lord Dalhousie so much about the benefits of rapid communication, that he was appointed Director-General of Telegraphics, and by 1855, had built a telegraphic grid across India, from Calcutta to Peshawar to Bombay to Madras. In 1870, the 11,000-kilometre telegraph line between Calcutta and London became operational, including two submarine cable segments in the Persian Gulf and the Black Sea. A message from Calcutta to London took six hours and seven minutes to reach, which, at that time, was considered nothing short of a miracle.

In 1923, a group of Bombay businessmen set up the Indian Radio Telegraph Company, and introduced wireless telegraphy to India. On 1 May 1933, radio telephone service was started between Bombay and Poona in India and Great Britain.

But technology moves on. In 1876, Alexander Graham Bell invented the telephone and in 1901, Guglielmo Marconi (who almost definitely built on the pathbreaking work of Jagadish Chandra Bose, whose seminars he had attended in London) managed to transmit a wireless radio signal across the Atlantic Ocean, from Newfoundland to England. In 1923, a group of Bombay businessmen set up the Indian Radio Telegraph Company and introduced wireless telegraphy to India. On 1 May 1933, radio telephone service was started between Bombay and Poona in India and Great Britain.

During the Second World War, the British Raj invested heavily in communication networks and also allowed private investment. However, when the war ended, in August 1945, the British government decided to bring all overseas telecommunication services in Britain and its colonies and dominions under government control. On 1 January 1947, the Overseas Communication Service (OCS) was established. It amalgamated all companies, public and private under one entity. OCS would be the precursor of VSNL.

In its thirty-nine-year lifetime, the OCS established telephone links from India to across the world – from China to Egypt to Russia to Saudi Arabia to Australia. International subscriber dialing was introduced for more than a dozen countries. In 1968, the Maharashtra government moved a century-old marble statue of Queen Victoria adjacent to the historical Azad Maidan and Flora Fountain in central Bombay to make space for a headquarters for OCS, which had till then been operating from several offices spread across the city.

The 250-feet-high building with a 150-feet tower on top that was inaugurated in 1970, would become a city landmark, and is today known as the Videsh Sanchar Bhavan.

Incidentally, Videsh Sanchar Bhavan was one of the buildings on the terrorists’ original list of targets for the 1993 Bombay bomb blasts, along with other key sites like the Bombay Stock Exchange, the passport office, and the Air-India building. But we had received some intelligence a few months before that there could be a terrorist threat to us. So I had given instructions that no car could be parked within 500 metres of the building (all the bombs used in the attack were hidden in vehicles parked near their targets). Even my car would drop me at the gate and drive off.

On 19 March 1986, the OCS, a government department, was converted into a government-owned public sector enterprise Videsh Sanchar Nigam Ltd.

When we introduced internet services in 1995, even China did not have the net. The Chinese vice-minister visited VSNL in 1996 to learn the tricks of the trade.

When I joined in June 1991, though VSNL had had several acting CMDs, I was only the second person appointed to the post on a full-time basis with the proper requisite contract.

I spent the first two years in my job at the VSNL concentrating on bridging the digital divide for the knowledge industry through the SEA-ME-WE2 cable, leased lines, and earth stations. I also focused on putting my ship in order – raising staff morale, changing attitudes, and transforming work culture from that of a stodgy service-apathetic organization to an aggressive customer-driven market force. The results were visible, and our top and bottom lines were reflecting them. Call minutes had risen 57%, and profit after tax had soared by 70% by 1991-92 and 1993-94.

Now the focus turned to human connectivity, to the World Wide Web. It would ultimately lead to my dream concept – the commoditization of connectivity, which could accelerate economic and social development. The pressure was building up from industry, scientific bodies, and the public at large. The onus of bringing the internet to India fell on VSNL vis-a-vis a lumbering DoT and its attendant processes. VSNL accepted the challenge.

Till then, only three countries in Asia had introduced commercial net service – Japan, Singapore (limited access, not full commercial access), and Hong Kong (it was a British Dominion then).

It was a challenge with a timeline which involved self-education based on the available literature with some help from British Telecom and the likes. The pioneering effort was a watershed event in the Indian connectivity story, the results of which are all around us today. In a quarter of a century, it has become a necessity after roti, kapda and makaan. The internet is all-pervasive.

There are more than 550 million Indians connected to the internet today, that is, more than 40% of the population. This number also makes our country the world’s second-largest online market. Yet, when we at VSNL introduced internet services two and a half decades ago in 1995 even China did not have the net. The Chinese vice-minister visited VSNL in 1996 to learn the tricks of the trade.

The pioneering effort was a watershed event in the Indian connectivity story. In 25 years, it has become a necessity after roti, kapda and makaan.

There had been a rudimentary version of the internet available in the country since 1986 when the Educational Research Network (Ernet) – a joint undertaking of the Department of Electronics (DoE) and the United Nations Development Program (UNDP) – was launched but Ernet was only meant for the use of the educational and research communities. Also, the software that would truly define the internet and make it accessible to the layman – the web browser – had not yet been invented.

Developed in the American defence laboratories, and initially used only by the US military and research establishment, the US government was now allowing the internet to be used by all. In the Indo-Pacific region, countries like Japan and Australia had already launched the service. Therefore, there was an inquiry from the government as to why we should not venture into internet provision. The government had three options – DoT, Mahanagar Telephone Nigam Limited (MTNL), and VSNL. Eventually, the government leaned towards us because we had international connectivity and relationships with external carriers. At the time of commissioning of the SEA-ME-WE2 cable in 1994, we were approached to start considering providing the internet as a service.

We started planning as soon as we got the green light. We also started talking to our correspondents, like British Telecom, MCI, and AT&T on how they had gone about it. The building blocks were soon put together. The essential component was the connectivity to an internet service provider outside India. Our choices were very limited we could get to Australia, Japan, Hong Kong, the US, and the UK. We zeroed in on 128 kbps lines to these countries. Simultaneously, we started setting up the hardware.

We chose five cities as the first lot for internet connectivity – Delhi, Bombay, Calcutta, Madras, and Pune. We left out Bangalore and chose Pune because we had a large set-up there. From the logistics point of view, Pune was easier but from the requirement point of view, Bangalore was certainly more important. We set up the equipment, the servers, and connectivity between these five cities so that we had some sort of a fail-safe system. Honestly speaking, according to our intelligence gathering, we thought we had done a reasonably good job. We started the beta testing about forty-five days before the launch date, which we had set as 15 August 1995 – actually the day before, so that the announcement would come on Independence Day.

Finally, the D-Day arrived and we launched the service simultaneously from the five cities. I was in Calcutta, and the media coverage was extensive. In fact, some news reports termed it as a second Independence Day, after 15 August 1947!

Excerpts published from the book Telecom Man: Leading from the front in India’s Digital Revolution, by BK Syngal with Sandipan Deb, with permission of the author and the publisher Westland Publications Private Limited. The content has been partially edited to match V&D guidelines and for brevity.