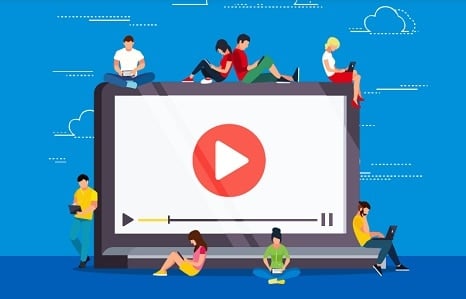 Creating a modern future and transforming our everyday lives is the new media. The Internet is changing, and along with it, Indian cinema is changing very rapidly. There are a number of new devices that audiences use to watch movies and films. Netflix, Hotstar, Amazon Prime, Zee5 and ALT Balaji, JioTv are some examples of OTT platforms that deliver movies and other video content through the internet.

These platforms are the latest fusion of cinema and television. Some new media companies are making video content only for those platforms.

As the low cost of mobile data and affordable smartphones are revolutionizing the OTT video streaming landscape in India, according to a new survey, consumers are now comfortable paying an average of Rs400 (less than $6 a month) to use these services.

According to the report by US-based software company Brightcove entitled ‘The Future of OTT in South Asia,’ consumers have likely tried most OTT services and now see the value in paying more, given the crowded Indian OTT space.

“Out of 40 OTT platforms in India, narrowing it down to two-three services with a monthly subscription will mean churn rate will be high for many platforms,” according to a  report by US-based software company Brightcove titled ‘The Future of OTT in South Asia’, adding that the trick for existing players is to provide a free tier with advertising and a paid tier without ads or restricted ads.

On the other hand, OTT users are exposed to fewer services in Pakistan and Bangladesh, so they are’ unlikely to see the benefit of paying a higher fee until they have tried the service.’

“There is an affinity for homegrown Indian content in Bangladesh and Pakistan markets. Indian OTT providers launching in these markets would cater to both local audiences and the diaspora segments,” noted the business insider survey covering seven countries in India, Bangladesh, and Pakistan, with more than 3,000 unique online respondents (aged 16 and above).

Around 64% of the Indians who have subscribed to more than 4 OTT platforms stated that they are willing to pay the monthly fee rather than the yearly one.

“We are Investing in India Through Job Creation”

In an exclusive Conversation with Rajneesh De, Voice and Data, Arvind Mehra, CSG talks about…