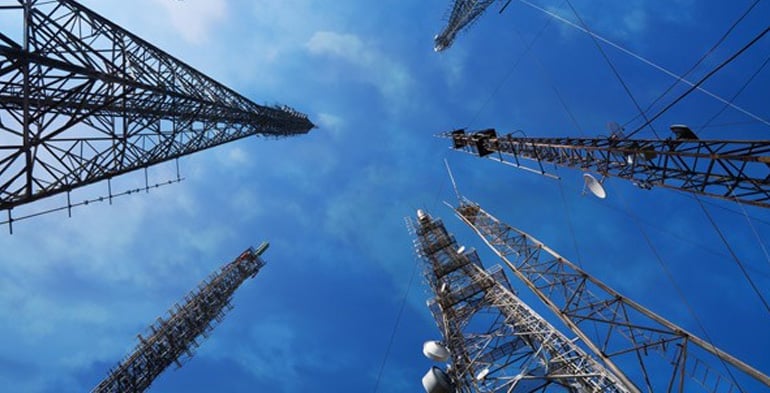 If there is one consequence of liberalization of India’s economy—from the Nehruvian permit-license-quota socialistic pattern—it is in the realm of telecommunications and Internet.

The change from a situation of “apply apply, no reply” to “hath hath mein telephone” and “gaon gaon mein Internet” is the remarkable outcome of demonopolisation, regulated competition and exemplary entrepreneurship in our country.

In 1994, when the first National Telecom Policy (NTP 1994) was promulgated by Prime Minister P V Narasimha Rao’s government, the country had just 10 million telephones for 1,000 million, a tele-density of one telephone per 100. Today, we have 1,200 million telephones; over 97% are mobile phones. The teledensity is 93%.

In 1994, the average per telephone revenue per year was Rs 10,000, equal to the per capita income of our people then. Today, the Average Revenue Per User (ARPU) per year at less than Rs 1,500, is one-hundredth of the per capita income. Therefore, even the poorest of the poor are able to have a phone.

Competitive private businesses introduced the prepaid service because of which every person can have as much usage as his /her income permits. At the height of hyper competition in 2010-11, India added 19 million telephones in one month. We had more than ten companies competing and soliciting users through outsourcing the sale to lakhs of shopkeepers. The journey to this great outcome has, however, not been without strain.

The end of the monopoly of the Department of Telecom (DoT) and the emergence of super competition went through an almost crippling phase during 1994-99. The DoT was the licensor, a deprived service provider and a regulator laying down the conditions of license and regulating competition unlike anywhere in the world. The deprived DOT as operator-licensor-regulator put crippling conditions on the competitors. To mention just a few:

* The charges for the calls were fixed not by the competing companies but by the licensor- operator DOT.

* A private telephone company (P-Telco) may have an operating license in adjacent states. It has network in both the states. A call from its network in one state to one in the adjacent network state has to be handed over by the P-Telco to the DoT at the secondary switching center that is, usually the district headquarter town.

The P-Telco was not allowed to inter-connect its networks in the two adjacent states. The carriage of a call has to be only by DoT between the two states at rates it has determined to charge.

* The license fee had to be paid upfront. The financial the P-Telcos raised mostly went into this upfront payment and they therefore defaulted on the roll-out obligations attracting openalties.

NTP-1999
By 1999, the P-Telcos were in dire financial straits. Fortunately, the Atal Behari Vajpayi government heeded the wise advice of telecom liberalisers like me and economists, and as importantly, the bankers who funded the P-Telcos, but were not getting the re-payments according to schedule. The result was the National Telecom Policy 1999 (NTP-1999) ignoring the usual and characteristic, destructive criticism of leftists and their parties.

NTP-1999 let the BSNL compete with the P-Telcos in every variety of telecom service, including internet. This revolutionary NTP 1999 was the outcome of the acceptance of the recommendations of the 1998 Prime Minister’s (Vajpayee) National Task Force on IT and Software of which, the late N Seshagiri, Prof Indirasan, myself and the unusual IAS officer, N Vittal, among others, were members.

We, as a group, were responsible for making 108 recommendations, which were accepted within one month of submitting the report and within four months of constituting the Task Force. The distinction between telephony and data was ended because of the electronification, digitization and computer- processing of every type of telecommunication—voice, text, data and picture.

There was a sustained criticism from telecom liberalisers within the country and foreign companies investing in Indian telecoms, who were outraged by a competing government operator and licensor (DOT) regulating the private companies. To facilitate fair competition, the statutory Telecom Regulatory Authority of India (TRAI) was constituted in 1997. With a number of Telcos in the field, disputes arose between the licensor (government) and among Telcos in regard to inter-connection, interpretation of licence conditions, etc.

The Vajpayi government, therefore, constituted another authority, Telecom Disputes Settlement and Arbitration Tribunal (TDSAT) in 2000. The NTP 1999, the TRAI 1997 and TDSAT 2000 and the government Internet policy (1998) unleashed hyper competition leading to the provision of 19 million telephones in one month in the year 2010-11.

The PSU, Videsh Sanchar Nigam Limited, of which I was the first Chairman and Managing Director, was privatized in Feb 2008, again due to persistent campaigns by, among others, the Center for Telecom Management and Studies (CTMS) which I founded in 1998 (even when I was the CMD of VSNL) to wage a crusade for ending the telecom monopoly and ushering free market competition under proper regulation.

Two things
There are two things which have led to the end of the euphoric telephone and Internet plentitude and descent of Telcos into distress. The primary reason which so far has not been highlighted is the immoral claim of ownership of radio spectrum (so essential for mobile telecommunications) by government and auctioning it as though it is its property to realise the highest revenues.

Radio spectrum that the telcos use is not created by the government or by God. It is created by the operating companies! It can be used again and again and is therefore, an unexhausting resource the companies create. The only legitimate function of government is to regulate its use by slicing it into different bands and allotting them to different companies so that the use of the same spectrum in the same service area by more than one company does not lead to disorder. The regulator can realize the cost of regulation-allocation of the spectrum and monitoring its use.

The second obnoxious licence condition is that after selling the spectrum, its usage is also charged. It is like the owner of a flat selling it to some person and taking money from him and yet charging for its use by the buyer. The high amount realized through auction and the usage charges collected from the companies are immoral. There the highest anywhere in the world.

The companies are required to contribute 5% of revenues to Universal Service Fund (USF) to extend variety of services to rural areas.

These are leading to financial distress of the companies. The revenue share ought be only from the telecom and information services that require licence but the government (Supreme Court endorsed the government stand) claims it from the revenues through business operations not requiring licence like sale of telephones or other devices.

Added to these high levies, the entry of Reliance Jio with a spectacular “no charge” service for some time and bundling telephone service with data and video at fabulously low prices has led to a crisis in the Telcos, aggravating the distress of the BSNL/MTNL, which have been ailing.

The more than 10 P-Telcos are now reduced to three in the private sector and one in the public sector (BSNL-MTNL combined). The private companies which were making profits, with the disputed AGR pending for over ten years are also making losses of late. The BSNL/MTNL, just like the state-owned Air India, has not been able to withstand competition is deep in debt and losses even unable to provide 4G services.

The P-Telcos have invested about Rs 10 lakh crore in the networks. They are having a debt of Rs 7,50,00 crore owing to banks, and on top of this, they are now to pay Rs 92,000 crore to government. Government gifting Rs 82,000 crore to BSNL/MTNL is a drain on tax payer’s money.

The desirable long-term solution is to restructure the industry. The infrastructure comprising of cell towers, terrestrial microwave radio links and underground optical fiber cables should be deemed to be the common infrastructure on which different companies can provide various services. This is like the state-owned national highways and airports using which different companies competitively provide different kinds of services and rail tracks and signaling equipments beginning to be used by private passenger train service providing companies.

The emerging giant, R-Jio, with an inexhaustible financial resource from RIL may be separated into two companies, one for the infrastructure and other for services. This restructuring requires extensive consultation and deep thinking so that a proper solution for the long-term health of the telephone companies and for affordable service for the poorest of the poor continue to be available as at present.

That the current situation is inexorably leading to higher prices and near -monopoly is undesirable and harmful to the nation. Just as the NTP 1999 saved the companies and services, so should there be a new fundamental re-organization and restructuring of the telecom companies and services.

A national dialogue is called for. The Gas Authority of India Ltd (GAIL), RAILTEL and PGCIL also have some telecom infrastructure. All these networks should also form part of restructuring.