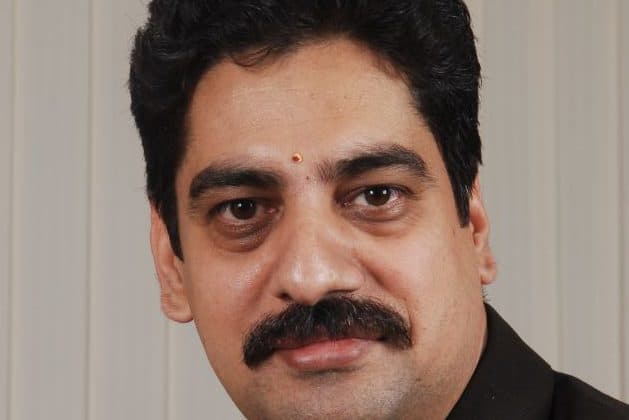 VoicenData recently had the opportunity to interact with Sriram T. V., Director of Consulting & Business Development at Juniper Networks for India and SAARC. The Q&A with Sriram is a complete revelation on 5G and its possible manifestations. His elaborate responses give a deep insight into how 5G is going to be indispensable to the telecom industry in the future. Few excerpts of the interaction:

VoicenData: How is 5G going to be a major disruptor and deployer of advanced technologies and what would be some of its tangible benefits?

Sriram: Unlike other technologies, 3G or even 4G, 5G comes with inherent attributes and characteristics that can enable the following:

There is a lot of bandwidth available which enables to deliver high-definition and ultra-high-definition (HD, UHD) videos to support augmented reality and virtual reality (AR & VR) applications. And if we couple it with big data and analytics we have a great recipe in 5G for delivering different types of applications and services reliably and with predictable performance over the network. This is how 5G is going to impact or disrupt the existing service delivery environment in any part of the world irrespective of where and for what purpose it is being deployed.

To realize the benefits of 5G you have to look at going bigtime in the adoption of NFV/SDN, network slicing, and mobile edge computing as it is this overall package when put together will give the full benefits to the user or to the service provider.

The service providers are toying with the idea of moving into network virtualization and disaggregation of the hardware and software that is already happening with 4G network deployment to some extent. However, in the case of 5G you have to look at creating multiple grade and performance networks on the same physical infrastructure starting from the edge and going up to the core. This means that more and more cloud-based technology in a distributed way will get deployed as it is not going to be possible with just physical network functions to meet these varieties of demands.

VoicenData: Could you describe the network architecture for 5G? How would the architecture be different from 4G?

Sriram: The rollout or the induction of 5G will have a big impact on the current architecture because of the following reasons:

The network architecture starts from access through the user terminal, then you have the access network, transport, and core networks – that’s how the network is built. There are data planes and control planes. Data planes keep pushing the user traffic and control planes are all about how you manage the call control and other signaling traffic.

In a 4G traditional network, these two are coupled together and the network function is pretty much physical in nature. It still runs on a custom-built hardware or to the maximum a COTS (Commercial Off The Shelf) hardware, but it is all physical and very static in nature.

With SDN and NFV the network infrastructure becomes a bit more loosely coupled and it gets distributed across the different parts of the network. So, you can push more and more control functions towards the edge – you can place it even at the base station. As a result, the user plane and control plane get separated and this is just one part of the major impact on the network architecture. Also, as it gets separated you can push more and more towards the edge leading to the adoption of Mobile Edge Computing (MEC) in the 5G network.

Hence, the compute capabilities are decentralized and get distributed across different parts of the network. Virtualization will push you into a cloud model and this will be the way the access goes up to the core.

From a RAN (radio access network) perspective, if you see 4G is a much-dedicated radio. Whereas, in 5G it will have all sorts of mix and match of different technologies and, they are also working very closely to bring out the virtual RAN (VRAN) and are moving towards cloud RAN (CRAN). These developments will have an impact on architecture and how you layout your networks.

The second aspect is that 5G is a very high capacity network, you can look at putting smaller sites for coverage – if you have some 100 sites for 4G to give this much capacity that probably connects 10x or 100 times bigger in terms of composition. If you look at the architecture entirely, it will change the way you would want to position your base station, how you will design backhaul and front-haul, how will you bring the aggregated traffic to the edge and where will you place your service insertion points.  In short, it becomes quite a lot of work from the architecture perspective.

Voice&Data: How do you perceive Juniper’s India business to grow with the launch of 5G?

Sriram: For Juniper, 5G Network is more like an end-to-end solution for building an entire IP network. Virtualization is a big play for us and in virtualization, we also have deep expertise in automation and security.

In India, the biggest opportunity will be the end-to-end solution for building an entire IP network.

There are three areas that we see this happening in building an end-to-end solution:

Voice&Data: What are Juniper’s flagship products in 5G?

Sriram: Our expertise lies in mobile packet and the multi-service edge networks. This is our bread and butter and the flagship product which Juniper has been driving all along and we have some very interesting features like Separate Router User and control planes which is a control and user plan separation and also the node slicing in which the physical node can be sliced to do multiple functions on a single platform both for converging fixed and mobile networks on the same platform.

We also have software design in virtualization and programmability of the data plane. Our MX series 5G routers are a big opportunity in the packet core and multi-service edge mostly on the transport side. There is also the IP optical integration where we have a very good portfolio in terms of how you actually collapse the IP and optical layers to achieve cost efficiency.

And the most critical offering from Juniper is the security piece. We have moved away from the traditional perimeter security. We call it the pervasive security as now the control panel is going to be anywhere and everywhere in the cloud. We should be able to enforce the security policy at our customers will rather than a limited perimeter of the network because you will not be able to define the perimeter in this cloud environment.

We are moving away from the hardware defined network into a software-defined security model – from a perimeter to a pervasive mode.

Voice&Data: What is Juniper’s biggest value proposition for 5G clients?

Sriram: Juniper’s biggest value proposition for 5G will be from the capacity perspective. 5G is going to have an impact on the access. The more the access opens up the more traffic is going to come to the edge and the core. For this reason, we have worked a very cost-effective model. Dollar per gigabit is going to be in the transport side because all these things are going to be video driven, that too high definition video. So, the capacity should be there, and you should be able to move it quickly from your ingress to your egress nodes in a very cost-effective manner. Also, it offers best-in-class experience and that is where our sweet spot and strengths are in terms of a product portfolio.