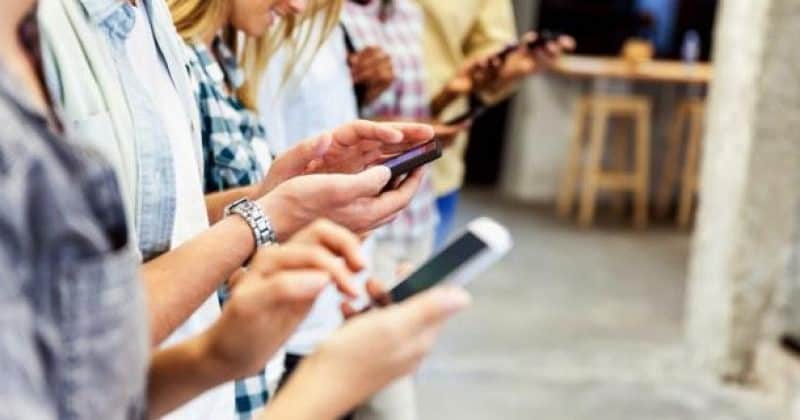 The COVID-19 pandemic has illustrated the critical importance of telecommunications in enabling a digital economy. Despite the challenges brought by the pandemic and the ongoing financial worries, the telecom industry in India managed to contribute during the COVID-19 lockdown.

Telecom services have evolved as the essential service like water and electricity, today it is not a vertical industry anymore, but contributes horizontally to running and stimulate the growth of other industries as well.

The telecom network in India covers more than 5,00,000 villages. Though the ARPU is under pressure, TSPs in India have managed to reach among the top contributors in FDI over the last two decades.

The industry contributes nearly INR 58,000 crores p.a. to the government exchequer. With a total of INR 11.24 Lakh crores investment till date, telecom has emerged as the second-largest sector in terms of private investment in infrastructure. Since 2010, the industry has spent INR 3,68,000 crores in spectrum auctions alone.

Sharing COAI’s recommendation for the Union Budget 2021-22, its Director-General Lt. Gen. Dr. SP Kochhar said that in this challenging time, the industry is faced with major upcoming expenses on Infrastructure up-gradation like spectrum auction, 5G introduction, network expansion and fiberization. “This is critical for providing future communication services for nation-building and rising aspirations of the country,” he said.

Kochhar further presented the industry the recommendations on behalf of the telecom industry, including those related to regulatory levies, removal of GST on license fees, spectrum usage charges and payment of spectrum acquired in auction. The COAI also recommended refund of unutilized ITC of Rs 35,000 crore and widening of the scope of local authorities for service tax on Right of Way (ROW).

Currently, the total License Fee (LF) having a rate of 8% of AGR is uniformly applicable to all licensees, of which 5% goes to the USOF and the remaining 3% is levied as License Fee (LF). The industry believes that the current unutilized corpus is sufficient to meet the objectives of the USOF.

International benchmarks show that India’s LF percent is way above the world average. Given the above, the industry recommends that the License Fee is brought down to 1% from 3% at the earliest to cover admin costs by the DoT/Government. USOF need to be abolished.

In addition to this, the industry demands that the effective rate of the Spectrum Usage Charge (SUC) be reduced by 3% for all the TSPs.

Removal of GST on license fees, spectrum usage charges and payment of spectrum acquired in auction

Levy of GST on License Fees, Spectrum Acquisition Charges and Spectrum Usage Charge is compounding the operational challenges. Thus, the industry recommends that in line with the international practice, payment of regulatory levies made by telecom operators should be exempted from tax under GST.

Alternatively, at present, GST is being paid by the operators under Reverse Charge Mechanism (RCM). Input Tax Credit (ITC) arising out of this is creating a huge imbalance with outward liabilities. For industry, it involves the heavy cost of funds for compliance, whereas for the government, this is revenue neutral.

In the above context, GST would not be applicable on the LF, SUC, and Spectrum Acquisition Fee would extend a huge relief to the entire industry. Alternatively, permit payment of RCM on Government Services from Input Tax Credit (ITC) balance.

The current market dynamics has led to the accumulation of massive ITC. The credit would further increase with upcoming significant capital expenditure to further enhance customer experience and achieve the vision of a digital India.

The industry recommends suitable amendments in the GST law may be made to allow a refund of unutilized ITC. Alternatively, an unutilized amount may be applied to other government liabilities of operators.

The DGGSTI across India has been pursuing for recovery of service tax on ROW service from central/ state governments and the development authorities in respect of the past contracts. To address this issue, in November 2018, the government allowed an exemption for Service Tax on ROW services by ‘local authorities. However, the industry recommends that the scope of the exemption be expanded to include ‘appropriate authority’ as defined in ROW rules in addition to the exemption granted to the ‘local authority’. In short, the Scope of Local authorities either need to be widened or the phrase needs to be amended to include State or Central Government including but not limited to the Departments of State and Central Governments.

Prior to the SC decision on AGR dues, the telecom operators were under a bona fide belief that only core revenues should form part of the AGR. Accordingly, the entire industry believed that LF and SUC were not required to be paid on non-core revenues. The said belief and practice were also in consonance with the order of the TDSAT passed in 2015.

Telecom Operators as a matter of general practice were making payment of Service tax on LF and SUC paid to the DoT and were availing full credit of the same. Levy of service tax today on the incremental AGR would be an unjust cost for the sector.

The Industry recommends for relief by way of exemption from payment of Service Tax for the period of April 2016 to June 2017.Similar exemptions from payment of Service tax on various services have been issued in November 2018 (Service tax on ‘right of way’ charges for the period April 2012 to June 2017). Alternatively, Government may prescribe a time-bound simple process to claim cash refund of the Service tax to be paid under the RCM (Reverse Charge Mechanism).

This is disrupting the cost-effectiveness of the telcos and impacting the financials of the sector negatively.

An exemption from the levy of BCD should be granted on the Telecom equipment under CTH 8517 which has been increased w.e.f. October 11, 2018.

Also, till the time good quality equipment is available in India at affordable price, customs duties for the 4G/5G related network products along with other related products should be brought down to NIL.