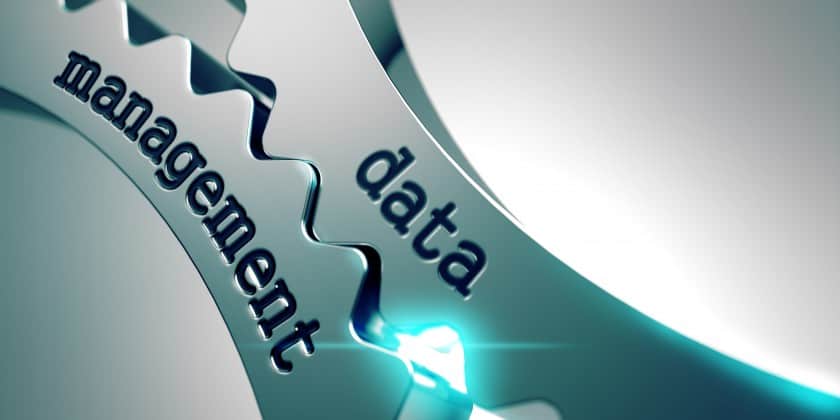 The growth in the number of connected devices is fueling data-driven innovations that have helped humanity solve our challenges and drive prosperity. At the same time, however, privacy is fundamental and must be enforced. Data is going to drive the economies of the future, and in a data-driven regime, the idea of privacy takes center stage to protect the interest of consumers and citizens alike. 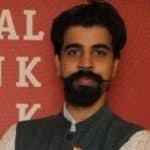 Kazim Rizvi, Founding Director of The Dialogue, is a public policy entrepreneur. Previously, he worked in the office of Jay Panda and then lead energy policy communications at the British High Commission, New Delhi. At The Dialogue, Kazim has delivered multiple research projects and public discourses around technology policy. At the same time, he is also a prominent speaker at stakeholder consultations and roundtables organized by various civil society institutions in India. Rizvi is also the co-Chair, Public-Policy, Indian National Bar Association.

To hear him out on the expert opinions related to India’s stance in Data Privacy, Policy and beyond, VoicenData arranged an interaction. His opinions are as below:

Kazim Rizvi’s organization has done several studies on the impact of data localization from various perspectives; analyzed the government’s objectives towards implementation of such policy; identified alternate policy mechanisms, which he believes are better suited to drive home the objectives as opposed to blanket data localization.

The restriction imposed may lead to the decrease in the foreign direct investment in India or in rarest of rare case, a trade war of the data.

According to Rizvi, data localization will hurt cross-border data flows, which is the ability to move data freely across borders. The policy in India related to data may act as a trade barrier and restriction and challenge the free market economy. The restriction imposed may lead to the decrease in the foreign direct investment in India or in rarest of rare case, a trade war of the data.

Rather than forcing companies to store data in India, the government should look at pursuing strategies incentivize the growth of the data industry in India.

Rizvi, in an elaborate explanation, opines, “The cases around the world also suggest that the data localization comes with a huge cost. Up to 1% of India’s GDP growth rate will be affected. At the same time, an average Indian worker may lose up to 11% of his/her salary. Startups will be impacted greatly, as the cost of running a business will increase. This will also hurt our ease of ‘doing business’ ranking. Rather than forcing companies to store data in India, the government should look at pursuing strategies incentivize the growth of the data industry in India. India should look at promoting investments in the entire value chain, including manufacturing storage devices and the establishment of local data centers.”

“While we understand and agree with the Government’s objective to enable India a data independent country, mandatory localization is probably not the best way to go about it. Instead, we have identified certain alternate policy measures that can help achieve similar objectives around data access for law enforcement purpose, reforming the MLAT, moving towards a multilateral framework for global privacy standards and qualifying the adequacy test under the CLOUD Act and EU GDPR; data sharing agreements with leading countries and other progressive policy measure to incentivize storage in India.”

“Similarly, to make data localization a success, India will have to implement a due process of law for domestic data access as a blanket implementation of localization without any process will go against the spirit of privacy,” strongly opines Rizvi.

On one hand, India is opening its doors to the world seeking greater investments and trade, while on the other hand restrictive policy measures such as data localization will harm the economy in the short to medium term.

For our policy-makers, the important question to ask is: Whether localization is the least coercive policy to achieve the intended objectives?

“Our research carried over the span of more than two months, comprising of primary and secondary data analysis, discussion with leading government, bilateral, civil-society, academia, and industry stakeholders suggest that this is not the case. On one hand, India is opening its doors to the world seeking greater investments and trade, while on the other hand restrictive policy measures such as data localization will harm the economy in the short to medium term. It is bound to impact the investors’ sentiments and we can only hope that this policy will have minimal impact on the country’s growing IT sector.  India will have to carefully balance the enforcement benefits of data localization with the costs involved pursuant to such requirement.”

Rizvi states his profound findings on this. “The potential of moving data across borders is critical to drive AI growth, maximize use of cloud services as well as leveraging other emerging technologies that offer real-time services. Therefore, privacy mechanisms that facilitate such data flows are also essential to the continued growth of the digital economy. Barriers to cross-border data flow undermine firm competitiveness and economic productivity as well as undermine innovation and access to innovative services.

Privacy mechanisms that facilitate such data flows are also essential to the continued growth of the digital economy.

The insights generated from predictive analytics through machine learning tools are possible because of access to a significant amount of data. The AI algorithm learns from all the data it has available. Analytics analysis these sets to uncover hidden patterns, correlations and new insights. It helps business to stay competitive by making smarter choices, enhance efficiency and subsequently improve productivity, which leads to higher profits and market capitalization. In order to achieve this, organizations must be able to collect data from across regions to achieve a complete picture of their operations.

Every day, large amounts of data flow course through the internet, over borders and between individuals, firms, and governments to power the internet and associated technologies. This data may originate from many sources located in multiple jurisdictions, making it imperative that data can move freely across borders

Privacy by design techniques should also be incorporated due to the ubiquity of data collection policies. With rising data collection and storage, doctrinal notions around ‘consent’ and ‘privacy notices’ should be considered. The model of ‘clickwrap’ contracts which allows the user to click on “I accept” button without reading a long, verbose and unintelligible privacy terms and conditions needs to be also revisited. Privacy by design techniques can be incorporated at the level of privacy notices but also at each level of information flow till its storage and processing stage. Further notions of transparency, accountability, and fairness must be incorporated. While there can be no strict set of rules or policy guidelines which can bound an algorithm designer, but, best practices following constitutional standards jurisdiction-wise can be developed as a benchmark.

Thus, Application designs and policy decisions made in the near term are likely to have long-lasting influences on the nature and directions of such developments making it essential for AI researchers, developers, social scientists, and policymakers to balance the imperative to innovate with mechanisms to ensure that AI’s economic and social benefits are broadly shared across society.”

“It’s a welcome step that the Government has come up with a Drone Policy. We are already witnessing drones being used for a wide-ranging civilian role. What I think is needed now is to look at the challenge of insurance around drones. Who will pay if the drones crash and someone suffers damage? And on whose shoulders will the liability be?

My opinion on Blockchain is that RBI has made it very clear that crypto will be kept out of the nation’s ambit. But the blockchain technology has a lot of scope for deployment and the industry has already started to look into this aspect. Blockchain can help in many ways, namely enhancing cybersecurity, data protection, etc.

The government should allow cross-border data flows to better leverage AI’s advantage in India, while developers should institutionalize ‘privacy by design’ towards AI development.

When it comes to AI, I believe we will need to look at ethical and legal challenges that will come about as the technology is deployed with greater impetus in the coming days. At the same time, the government should allow cross-border data flows to better leverage AI’s advantage in India, while developers should institutionalize ‘privacy by design’ towards AI development. We also need to look at developing homegrown AI technologies and focus more on driving innovation around machine learning in India. We are great with adapting AI for our benefits, but the time has come when India starts developing this technology in-house. For this, we must build the capacity of our people, train them, raise awareness about AI to students, as we need to develop our own expertise around it. Make in India for AI? This should be a clarion call for our policymakers for 2019.”

Posted by: Anusha Ashwin
View more posts
Tags:AI, blockchain, cross border data, crypto, Cybersecurity, data policy, Data Privacy, drones, Kazim Rizvi
Why a clear policy on cross-border data flow is a fundamental necessity for India? Kazim Rizvi answers with facts 0 out of 5 based on 0 ratings. 0 user reviews.
Yo Yo Honey Singh now an Offical Story on Snapchat
“Security has to be the number one focus point in 2019, for organisations to ensure the safety and efficacy of edge devices and networks accordingly”: Vinod Ganesan, Cloudera

Unlike previous mobile generations, 5G is touted as a game-changer for both mobile network operators…