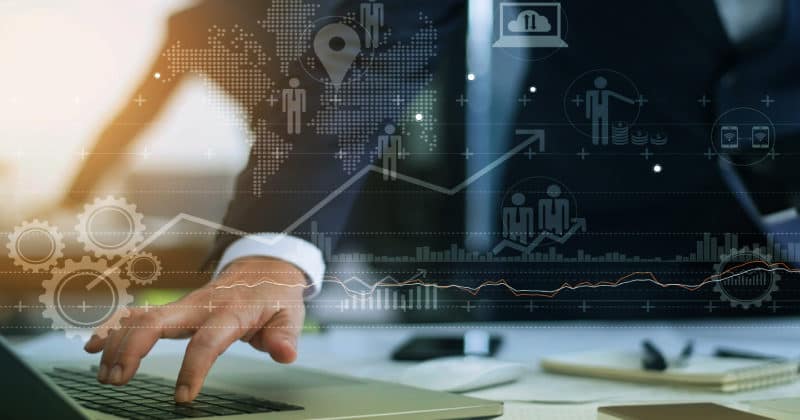 While 2020 reiterated the role of digital technologies, 2021 may see India strengthen its policy framework for a truly connected Bharat. 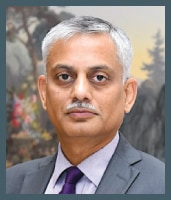 Predicting the future is a precarious task even in the best of times, more so, amidst so much uncertainty, but the past and present cues do offer some clues. However, before venturing into the future, it would be useful to take a quick look at the year gone by.

In cricket, the 20-20 format is one of the most unpredictable but the calendar year 2020 has been even more so, and not only on account of the COVID-19 that created more disruption than even most of the pessimists had predicted in its early days. With the vaccines making their debut in some countries and the imminent availability of the same in India seems like a harbinger of change and the year 2021 is likely to bring much-needed cheer, delight, and hope.

While 2020 showed that one does not need too many things to live and survive, technology certainly was not one of those. Demand for information and communication technology, especially in terms of services got a huge fillip even as some product launches were likely deferred and several supply chains derailed in the face of prolonged and widespread lockdowns across the world.

The reliance on digital technology became a necessity for work-from-home (WFH), study-at-home, online shopping, digital payment, entertainment, communication, and yes, even for contact tracing and consultations with healthcare professionals. A protocol was released detailing how the data would be shared. However, privacy concerns were raised and continue to prevail in several quarters.

Of course, newsgathering, dissemination, and sharing also went online in a big way, and views – even distorted ones, going viral on social media. Moreover, rumor-mongering reached a new peak or rather a new nadir, given the numerous unsubstantiated conspiracy theories, symptoms, and treatments floating around, sometimes more virulent and perhaps even more dangerous than even the Coronavirus.

However, beyond all this, digital connectivity helped people stay connected while dealing with isolation. Streaming platforms became the mainstay of entertainment and cashed in with growing popularity and adoption amidst elongated lockdowns and phased unlocking. Several shows and films touch upon the use and misuse of technology and ‘Jamtara’ became the title of a show on, what else, cyber fraud, the trait with which this town got associated with.

The year also saw the silver jubilee of both the mobile telephony and the internet services in India that had debuted in 1995, barely a fortnight apart. While these had started as two distinct services, there is increasing convergence of the two. Most people take a new mobile phone or a connection not just to talk with someone but also to use the internet even if it is to use certain social media or messaging platforms only.

With the Personal Data Protection Bill still being deliberated by the Joint Parliamentary Committee (JPC) and the National Strategies for Cyber Security and Artificial Intelligence not yet announced, there was no significant legislative or regulatory development through the year to write something home about. Still, it would be wrong to infer that the policy space was inactive.

On Independence Day, the Prime Minister made the welcome announcement of extending broadband connectivity to all the villages. 5G spectrum auction and long-standing demand for more de-licensed spectrum are likely to be taken up only next year even as digital payments have seen massive growth.

Indian IT companies and their employees rose to the occasion of vide a quick and smooth changeover to WFH. Some overseas clients realized this only when they saw people joining the video calls with different backgrounds.

WFH became a legitimate mode of work for millions of office workers. Though initially offered as a temporary reprieve and subsequently extended, the WFH relaxations announced in November did away with a lot of red tape for companies engaged not just in the IT / BPO sector but extended to other domains as well.

Incidentally, as an industry magazine, Voice&Data had championed the causeway back in 2004. In an article published in the October 2004 edition of the magazine, the author had also called for the flexibility to enable WFH.

In terms of policy space, do look out for the National Cyber Security Strategy even as it is unlikely to bite the bullet with a definitive stand on encryption.

While still in the early days, production-linked incentives (PLI) may offer the much-needed booster shot for hardware manufacturing. However, consumers are already facing the brunt of increased prices of mobile handsets thanks to the impact of customs duty hike.

Not content with the way content was being or perhaps not being moderated by over-the-top (OTT) players and digital news portals, the government formally brought these under the Ministry of Information and Broadcasting even as some of the industry players were putting up a self-regulatory institutional framework.

Ban on certain mobile apps – so far in three tranches, is more profound in terms of signaling than their actual effect on the ground. Unlike the orders issued to licensed service providers by the Department of Telecommunications (DoT) marked ‘Confidential’ this time the orders were issued by the Ministry of Electronics & IT (MeitY) but more importantly, the lists were placed in the public domain. The trigger, apparently, was geopolitical skirmishes on the physical border that ensued a reaction in cyberspace.

There was some action at the state level as well. Tamil Nadu launched a troika of policies spanning safe and ethical artificial intelligence (AI), cybersecurity, and blockchain. Thankfully, Kerala undid the amendment to the Police Act that would have given massive powers to police similar to those entailed within the Section 66A of the Information Technology Act that had been held ultra vires of the Constitution by the Supreme Court in March 2015.

The traditional enterprise firewall was never sufficient but it did offer a sense of solace and power to the CISO and his team but the paradigm shift to the WFH dismantled this false sense of confidence. On the other hand, with the confidential documents co-residing with personal albums and games, children’s study, and storybooks, they had to deal with CYOD (choose your own disaster) instead of BYOD (bring your own device). Finally, it dawned upon them that the cloud may have a silver lining, notwithstanding occasional breakdowns or non-availability.

All the same, the impact of the digital divide also got amplified and these were not just in terms of rural and urban. These manifested even within families as generations and genders struggled and contested for network bandwidth, devices, and services. Millions lost livelihoods and many even lives, digital access often determined who survives and thrives.

India ranks at 11 in the 2020 Affordability Report by the Alliance for Affordable Internet (A4AI) notwithstanding one of the lowest mobile data tariffs and the maximum mobile data consumption per subscription globally.

While still in the early days, production-linked incentives may offer the much-needed booster shot for hardware manufacturing in India.

One can predict with conviction and with reasonable confidence that WFH would lead to prevalence and acceptance of flexible and hybrid work being a more accepted norm. It could even emerge as a de facto mode of working for certain functions or organizations, much after the COVID-19 pandemic is gone. The same goes for migration to the cloud and managed security.

Of course, many enterprises would continue their pursuit for ‘digital transformation’ even if just by using some catchphrase in their vision, mission, branding, or even in the name, reminiscent of the dot com boom. AI is the other flavor of the season, having surpassed blockchain, but more pragmatic applications are likely to emerge thereby mellowing down the short-term hype while laying a foundation for long-term value creation.

In terms of policy space, do look out for the National Cyber Security Strategy even as it is unlikely to bite the bullet with a definitive stand on encryption. However, any and all efforts are welcome towards enhanced consistency, capacity building, and coordination – across centers and states; across domestic and international; and across public, civic, and private sectors.

It would be wonderful if it could mandate ten percent of all IT budgets in the public sector to be set aside for cybersecurity. After all, a lot of computerization in the public sector began only after the Prime Minister’s IT Task Force in 1998 had recommended earmarking one to three percent of the budget of every ministry and department for IT.

And yes, digital adoption would continue apace especially in education, healthcare, financial services, and government services. However, only supply-side endeavors would not suffice as has already been seen this year when millions of students could not continue effective education due to lack or poor availability of connectivity.

Time is ripe for the National AI Strategy as well. With progress in Natural Language Processing (NLP), investment in ‘smart, safe and secure’ infrastructure to generate continuous streams of ‘open data’ should indeed be leveraged, provided it passes the basic doctrinal tests prescribed by the Supreme Court in its 2017 privacy judgment.

On the spectrum auction front, there is a lot of action that the country needs to take. The government should have steel nerves to fight the temptation for revenue maximization via limiting supply and keeping high reserved prices despite precarious fiscal and economic challenges.

If the JPC recommends expanding the ambit to include non-personal data within the PDP Bill, the legislative timeframe may shift to 2022 and some influence of geo-politics developments is inevitable.

Competition authorities around the world are sharpening their scrutiny of Big Tech, especially in the US and Europe. Likewise, the Competition Commission of India is also likely to enhance its engagement and would likely expand its scrutiny but it is anybody’s guess about their impact under the current legislative framework limitations.

One does hope that in addition to numerous supply-side interventions like fiberization and setting up of community Wi-Fi networks, we would see complementary nudge to spur demand towards realising ‘meaningful and affordable connectivity’ through means like direct benefit transfers (DBT) from USO Fund towards end-user devices and services for the needy.

On the other hand, fiber-to-the-home (FTTH) has now become a reality, even if in select urban localities. Ditto about the Wi-Fi on domestic flights to keep one connected on the ground even when one is flying sky high.

Considering the ongoing trend towards digitalization, it would be best to have a Unified Digital Policy Framework coming out from the PMO.

Beyond now and here

Considering the ongoing trend towards ubiquitous and pervasive digitalisation, it would be best to have a Unified Digital Policy Framework coming out from the Prime Minister’s Office that should act as the guiding star for all other policies. Quantum computing, 6G, and ethical use of AI would need broader consultations, deliberations, and participation.

Till such time, various policies, legislations, and regulations would keep popping up regularly from different ministries, departments, agencies, and even states! After all, digital technologies have become a de facto concurrent subject in India.

In the meanwhile, India would continue to chug along its digital journey. After all, ‘digital’ represents a mindset change rather than just a technological advancement.

NetApp has recently announced the completion of its seventh demo day for NetApp Excellerator, the…

Mi India has announced offers for its consumers on products across categories, ahead of the…